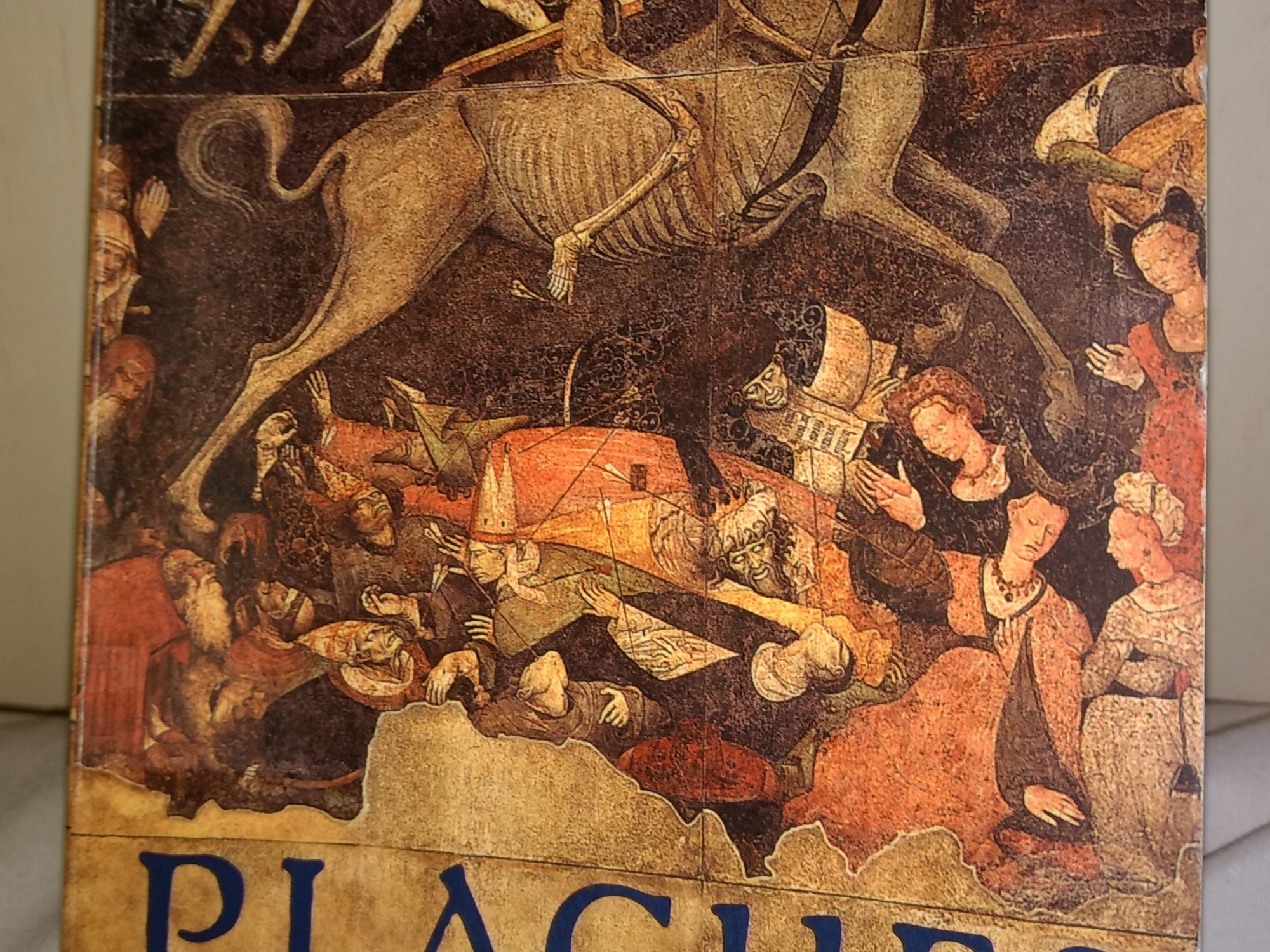 I just finished reading another book, Plagues & Peoples by William H. McNeil, and I have to say I was pleasantly surprised that it was as good as it was and proud of myself for sticking with it until the end. History books, many times, are really interesting but my stamina wears down after awhile, and I want to switch to something lighter and more entertaining. This time it took quite awhile (it’s due to the library because the 4 months deadline is up), but the information I learned spanned from Man the Hunter all the way to modern day; the book’s copyright is 1976 and most of the relevant data is from within the past 300 years. Overall, there was a plethora of world history based on diseases; epidemics and endemics, throughout this book which gave me a new perspective on population increases & decreases, trade, war, colonization, science, medicine, and life in general. 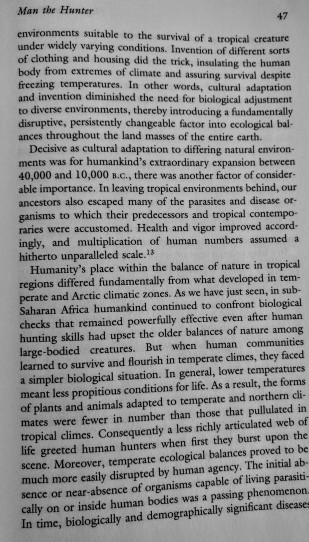 This book kept me interested as I read, but with the lack of free time and focus at home to sit down and read (my preferred method is while riding the stationary bike), it took longer than anticipated. Another issue was having to look up quite a few words that I was not familiar with as I was reading. This enhanced my knowledge and made everything more understandable. Some words that come to mind are milieu, diminution, pestilences, foci, myxomatosis, pulmonary edema, and Flagellants among some others. Learning new things or brushing up on words I may have learned and forgotten, always makes me feel like I’m exercising my brain more.

Some themes I learned from this book are: most of the wars of the past were won due to sick or diseased opponents whose numbers were diminishing quickly or were too weak to defend themselves; epidemics and endemics were sometimes ways the population kept itself in check in relation to available food supply and access to needed resources/land; and due to advances in sanitary practices, science, & medicine we have now been left with more people than we can sustain–meaning that this is the first time in history where massive death from disease is not as much of a threat as starvation/drought/environmental disasters.

In the past standing water, as in locations like rice paddies; on the decks of ships; and open stagnant sewage exposed people to deadly diseases like malaria, yellow fever, cholera, dysentery and other micro-parasitic illnesses. Trading over land (Silk Road) and conquests (Mongol Empire) led to the migration of peoples who with them brought rodents carrying the plague bacillus and assisted it in spreading from northeastern Asia to the Middle East and Europe. After so many deaths occurred and societies were determined to reduce sickness and death; especially of the young adult populations who often suffered and died the most while being the most vital to the society’s success and subsistence, superstitious cultural norms were initiated to try and stop disease and death which include practices like: kosher food, boiling water, quarantining people, inoculations, cleansing practices, and eating citrus fruits; especially lemons, on ships.

Speaking of ships, they spread disease quicker and in a more deadly way than anything else. One main reason the indigenous peoples of the New World were unable to defeat these conquerors and were easy to convert (Incas & Mayans) to Christianity was due to the invisible foreign diseases that quickly and horrendously killed hundreds to thousands of natives inhabitants. They lost numbers so quickly due to having no immunity built up to diseases like bacillus plague, malaria, & smallpox that they were too small in numbers and weak to fight back effectively. It also caused them to form beliefs that they were being taken over by demons and question their tribal beliefs/gods/religions. This made it easy for the missionaries to persuade them that this new religion they spoke of was the “right” one to follow. When people are dying, weak, sick, and vulnerable they will do about anything to stop it from happening; especially scared shitless by something as disfiguring as smallpox. When presented with an alternative religion that promised to “save” them from this turmoil and suffering, it is easier to understand why they were willing to convert and abandon old ways.

Overall, this book reframed my thinking about why/how the West was able to conquer and take over so many peoples & lands around the globe. It was a wonderful review of world history & it allowed me to gain more knowledge about something I had not previously known about. Towards the end of the book I learned that France, due to the Napoleonic Wars, was at the forefront of closed sanitation systems, medics during war times, and the requirements of inoculations; especially for soldiers. The need for strong, healthy armies was a critical piece to medical knowledge, research, and acceptance spreading. Yet, it was found that China was very likely doing inoculation practices far ahead of this, but because they were a very secluded state, it did not catch on in the same way as it did once France adopted the practice; making it well known and showing the effectiveness for health and saving lives at a vital time in history.

The diseases that were the most misunderstood for the longest were those being carried and spread by insects like malaria & yellow fever. Being deadly and mysterious there were many myths about why/how people were contracting these horrendous illnesses. Once it was discovered in the late 1800s by Sir Ronald Ross that malaria was spread by mosquitoes, this led to the use, eventually, of DDT to fight the spread of this malaria as well as others like typhus, yellow fever, and other insect-born human diseases. It was very successful in greatly reducing the spread of these diseases but then left us with other issues and repercussions as Rachel Carson revealed to us in her book: Silent Spring. Something pertinent to remember on this Earth Day 2018!!

I leave you with some pages from the book, Plagues and Peoples. This is mostly for my own documentation so I can refer back to some of the information I read. It’s difficult for me to part with a book once I’ve bonded with it, so why not hold onto some of it to review/reference later 📖? I just feel blogs are such a great way to document the things in life that pass by and normally would be forgotten. A way to remember what we’ve done and accomplished; proof of our life’s efforts & work along the way.

Thanks for stopping by and have a wonderful day! Do something kind for our Earth today; it’s how we continue to breath, eat, & drink what’s necessary for our survival. Don’t take life for granted; our ancestors knew the importance of this more than we realize. Death was a regular part of life that occurred all too frequently. They worked to reduce it and strove for eliminating what was causing so much pain, agony, and death. Now it is our time to rise up and fight against environmental abuse because that is what will be the end of us if we don’t start making some enormous strides to change it. Celebrate Earth Day every day and let’s make this world safer, healthier, and greener for posterity!!

Here is a link to the book I have reviewed/referenced here: Plagues and Peoples by William H. McNeill

5 thoughts on “The Affects Disease had on the World…..”

This is a text widget. The Text Widget allows you to add text or HTML to your sidebar. You can use a text widget to display text, links, images, HTML, or a combination of these. Edit them in the Widget section of the Customizer.
%d bloggers like this: